A wise man once said a week is a long time in politics.Not in 1979, it wasn’t. A week ago, in that year, the UK had been experiencing an election campaign. And, this week in that year, it was still experiencing an election campaign. I hope they didn’t try to stretch it out for a third week. Such a thing would have been madness and could have put us all off democracy for life.But who cared about that?No one did.All we cared about was Leo Sayer.I know that because, forty years ago today, he was at Number One on the UK album chart, thanks to his latest LP, The Very Best of Leo Sayer.Despite this, in all truth, I couldn’t claim to have been a Leo Sayer fan. Once he stopped dressing like a clown and sounding a bit sinister, his magic quickly faded for me. 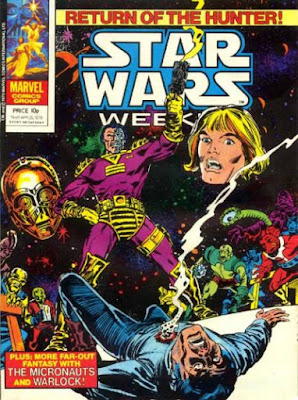 I have no idea what happens in the main strip this week, other than that the man on the cover, with half his face missing, is clearly the villain of the piece.Elsewhere, the Micronauts are still looking for their missing colleagues, in the world of humans.This week’s Tales of the Watcher is The Thing From Planet X.The Thing From Planet X would appear to be an evil plant that wants to take over the Earth and can only be stopped by the crashing of the spaceship he’s hijacked. I hate it when plants get ideas above their station.I’ve no information at all on the doings of Adam Warlock this issue but am confident that he and Thanos are still battling to bring down the Magus. 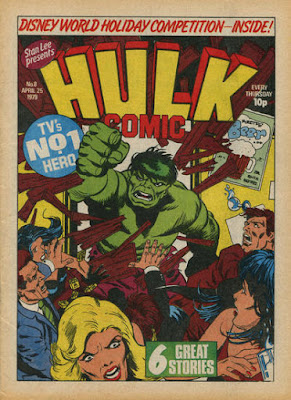 The Hulk’s now being pursued by the law, as is his brand new friend whose name escapes me.The Black Knight and Captain Britain are still fighting against whoever it is they’re fighting against.Nick Fury’s trying to have a date while dealing with multiple assassination attempts.A contract killer’s still out to bump off Night-Raven – and it looks like he might succeed!The Eternals are still preparing for the arrival of the Space Gods.But, of course, the news everyone’s been desperate to hear is that the Scarlet Beetle has finally made his debut in the pages of the Ant-Man strip.And it’s time for celebration because I can, right now, confirm that that red insect of terror is in this issue, has recruited an army of insects, has stolen Hank Pym’s growth formula and is now all set to conquer the world! 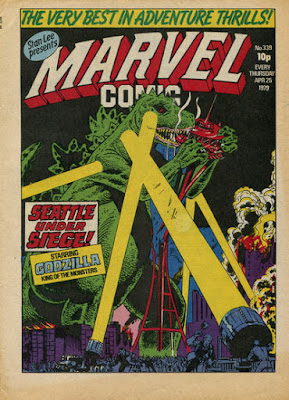 Godzilla’s still in this comic – and eating Seattle.This is all I know.I also know you shouldn’t try to eat Seattle. It’s rude. 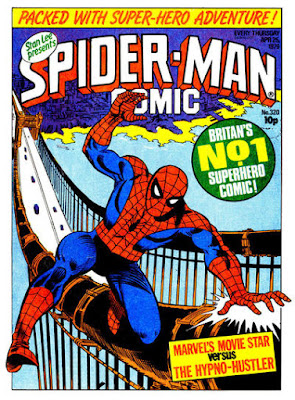