If you're looking for the best gaming headsets for PS4 and Xbox One, chances are you're feeling a bit overwhelmed by all the options out there, and it's easy to go wrong because there are a lot to choose from. Make the right choice however, and your gaming headset can be almost as good as a huge surround system and a floor-shaking subwoofer.

But do not fear, if you need something that won't wake the neighbors but also provides immersive, high fidelity audio, we're here to help. The best Xbox One and PS4 gaming headsets not only provide top-notch sound, they also let you communicate with others across a variety of multiplayer games (which is especially useful on consoles). Get a good headset and your gaming experience (and performance) will greatly improve.

When you're shopping for the best gaming headsets, be sure to check for premium sound for both listening and speaking: there's no point in barking instructions to your team members if no one can understand what you’re saying and it's always beneficial to here the footsteps of your enemies.

Also, it's worth bearing in mind, that while the PS4 comes with a headset included in the box (unlike the Xbox One), it's not one we'd recommend as the sound quality isn't up to the same standard as the one's included in this buyer's guide. Plus, if you've got a little extra cash to spare, you can opt for cool features like wireless operation and noise cancellation.

So, without further ado, here's our guide to the best gaming headsets for PS4 and Xbox One:

Best PS4/Xbox One gaming headset: what to look for

If you're looking for a new PS4 or Xbox One headset, there are a few factors to consider, with the most important being the type of games you typically play.

If you're predominantly a fan of massively multiplayer online games, for example, then comfort should be your number one priority as you'll typically be wearing your headset for long periods. In this case, a wireless headset with a limited battery life, isn't so suitable.

If you’re a serious fast-twitch ninja with pro-gaming aspirations, you could gain an edge with a high-end headset that boasts surround sound

On the other hand, if you're a serious fast-twitch ninja with pro-gaming aspirations, you could gain an edge with a high-end, surround sound headset – which can do things like enhancing the noise made by the footsteps of approaching rival players.

It's also important to consider your gaming environment: if you want to remain aware of what's going around you while you're playing, opt for an open-backed gaming headset. If you like to play co-operatively in a noisy environment, though, then a headset with a noise-canceling microphone is a must.

To help you select the best gaming headset, we’ve compiled this guide spanning the very best wireless, wired, high-end and budget examples currently on sale. Since it focuses on console rather than PC games, we've presumed that you're more likely to use your headset for playing mainstream co-operative and competitive action games, rather than massively multiplayer games.

It's also worth bearing in mind that both the Xbox One and PlayStation 4 have design quirks which can complicate the process of setting up gaming headsets to work with them.

The Xbox One forces you to connect a gaming headset to its controller, and the older Xbox One controllers, annoyingly, don't have 3.5mm headphone jacks, forcing you to buy an extra Stereo Headset Adapter (which the headset manufacturers rarely bundle with their products) for your Xbox One headset.

On the other hand, PS4 headsets can initially sound quiet, as the headset output level is set to half its full amount by default, which necessitates delving around in its system settings.

Once you get any of the following gaming headsets set up to your satisfaction though, you'll find they're great pieces of kit which also make great headphones for listening to music on the go, or TV and movies when you don’t want to disturb other members of your household.

Looking for a guide to the best PC gaming headsets? We've got a guide for that right here. 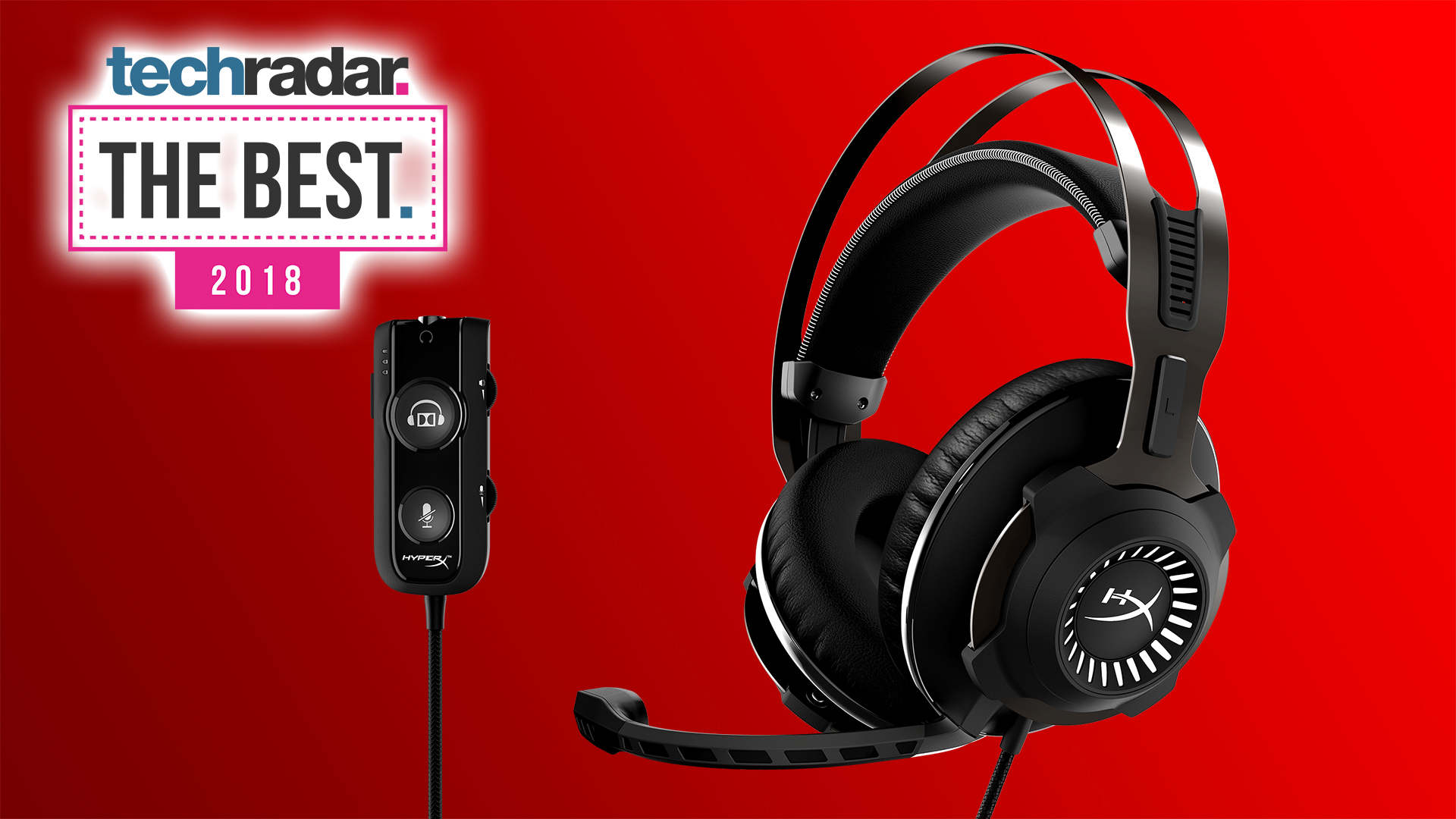 HyperX has developed a sizeable following among the pro-gaming community over the years. Its newest headset, the Cloud Revolver S, adds Dolby 7.1 Surround Sound to the blueprint offered by the hugely popular Cloud Revolver, without requiring you to take out a second mortgage.

Quite simply, the Cloud Revolver S sounds astonishingly good, especially at the price. You will marvel in particular at the dynamics of its sound: deep, rumbling bass and crisp, never shrieky treble that lets you hear every sound effect and totally immerses you in the ambience created by in-game music.

It's pretty well made, comfortable and classily finished, and Dolby 7.1 Surround Sound is the cherry on top, allowing you to pinpoint incoming enemies in first-person shooters – particularly if you explore the preset equalisation modes into which pro-gamers had lots of input. A truly high-end-sounding headset at a mid-range price. 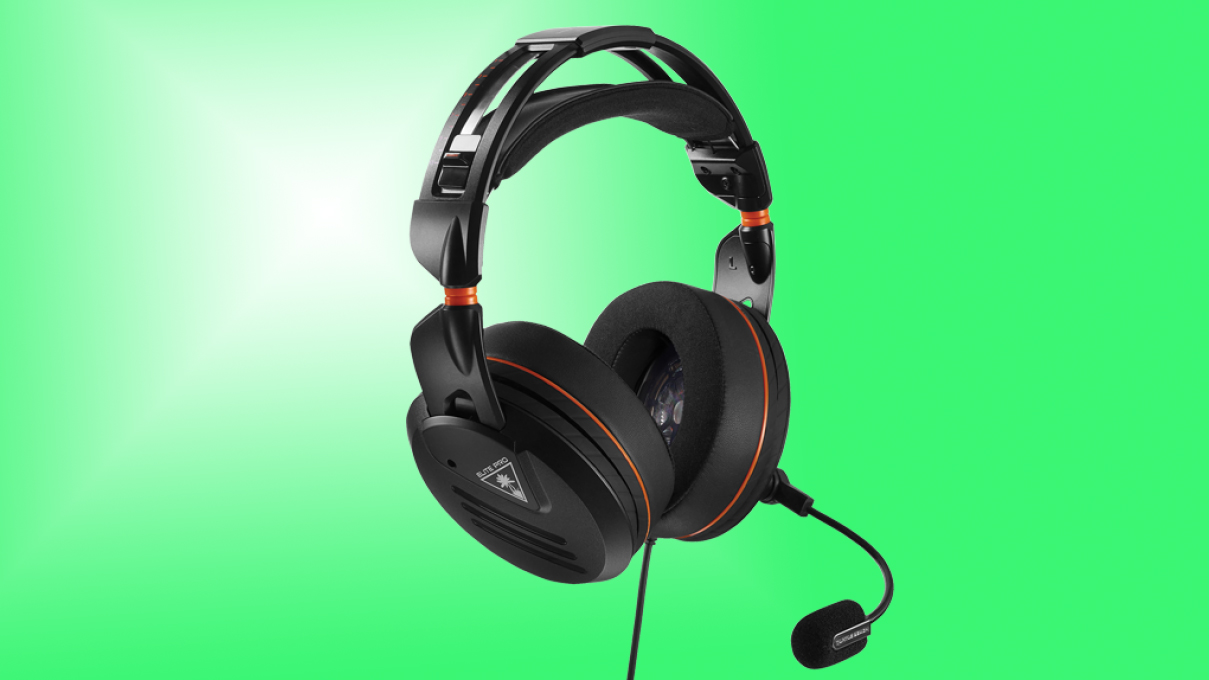 Turtle Beach is the longest established specialist gaming headset manufacturer, with a fanatical following among pro-gamers – and when you unbox its top-of-the-range Elite Pro, you can see why. It simply oozes no-expense-spared design, and sports all manner of neat touches born from decades of pro-gaming experience.

But more importantly than that, it sounds spectacular, with huge bass and crystal-clear treble adding up to a sound which will allow you to get deeply immersed into whatever game you're playing. Comfort-wise, it's exemplary, with big, thick earpads that eliminate all ambient noise, and can be easily adjusted to fit all head-sizes. A neat feature lets you add spacing to the earpads to accommodate a pair of glasses.

Those features include Turtle Beach’s Superhuman Hearing, which enhances the sound of incoming players' footsteps and is great for hardcore first-person shooter fans, and Dynamic Chat Boost, which keeps chat-levels audible even when background noise rises. Plus, it lets you independently adjust game and chat volumes.

Add tank-like build-quality to the equation and you have a headset which has become something of a status symbol for those who take their gaming seriously. 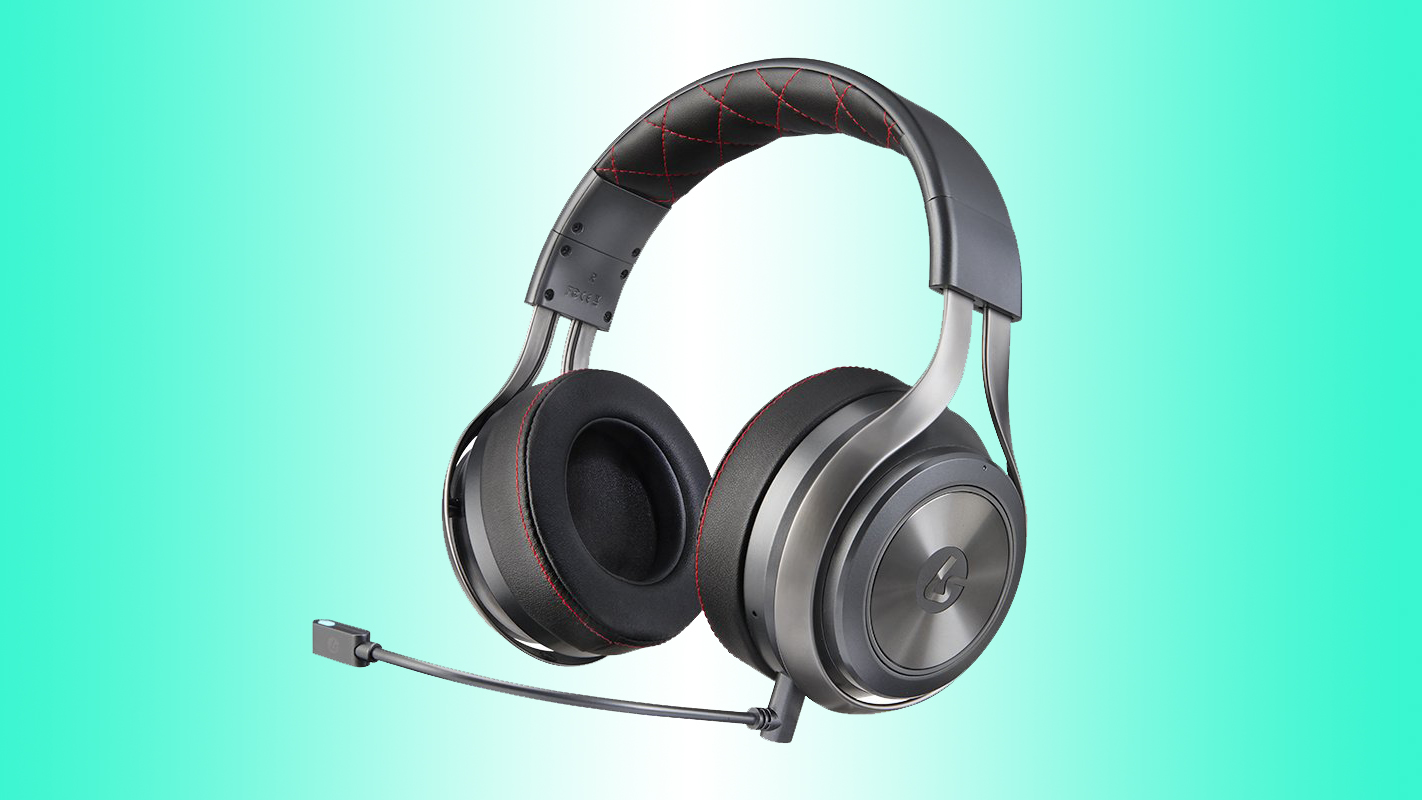 LucidSound is a newcomer to the world of gaming headsets, but it has certainly made a splash – that's thanks mainly to its LS40 headset, which has a specification to die for, and build-quality and audio fidelity to match. It looks great too: the LS40 is so well finished, with plenty of red stitching, that you would happily wear it in public.

Wireless headsets often suffer from sound-quality which is inferior to that of wired headsets, but the LS40 has no such problems, with a big, bold sound which should satisfy any gamer. Its wireless seems unburstable, too. What's more, it boasts DTS Headphone: X 7.1 surround-sound that offers startlingly precise pinpointing of incoming sounds – a big advantage if you’re a hardcore gamer.

Comfort-wise it's spot-on too, and a USB wireless dongle makes it as easy to set up as any wireless headset (inevitably a trickier process than for a wired headset). The 15-hour battery life is as good as you will find, though its chat and overall volume controls, hidden in each earcup, do take a bit of getting used to. As with all wireless headsets, you still have to attach one wire to your Xbox One controller, but we think the LucidSound LS40 is the headset that pretty much has it all. 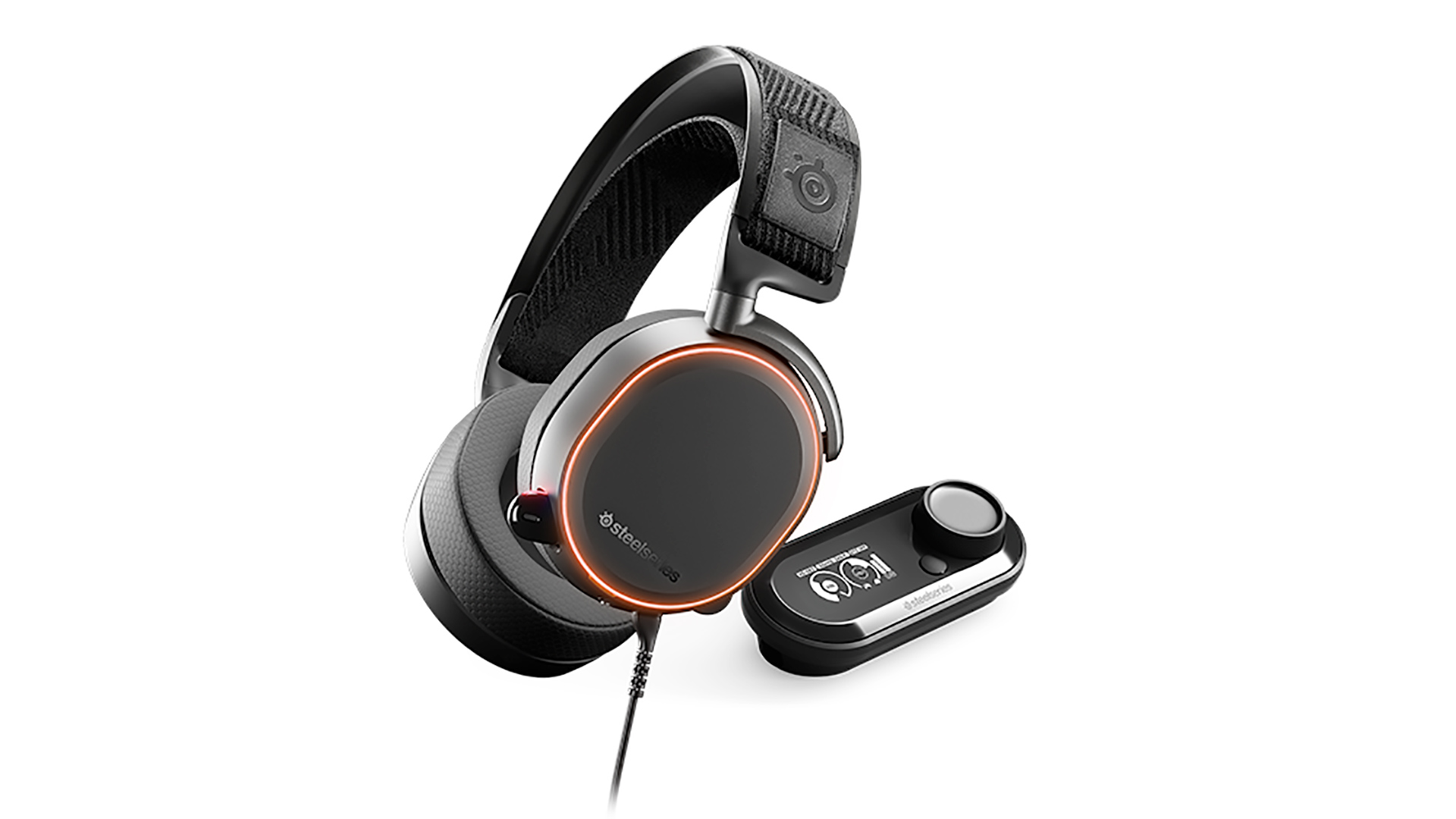 The SteelSeries Arctis Pro is one of the best-sounding headsets you can buy. As such, it's doubly worth considering if you use your PlayStation 4 to watch films and listen to music as well as play games.

Clarity and audio balance are much better than most of the other sets here. Both the Arctic Pro Wireless and GameDAC versions will work with a PlayStation 4 console, but the vanilla wired version is just for PC – so make sure you pick the right set before buying.

The GameDAC model has an outboard box with top quality Hi-Res audio converters. It needs to be wired-in though, so this may not be the best choice if you play a few meters away from your PS4. The wireless version may be a better choice.

All versions have LEDs around the cups. It may be made for audio perfectionists, but it's still a gamer headset. 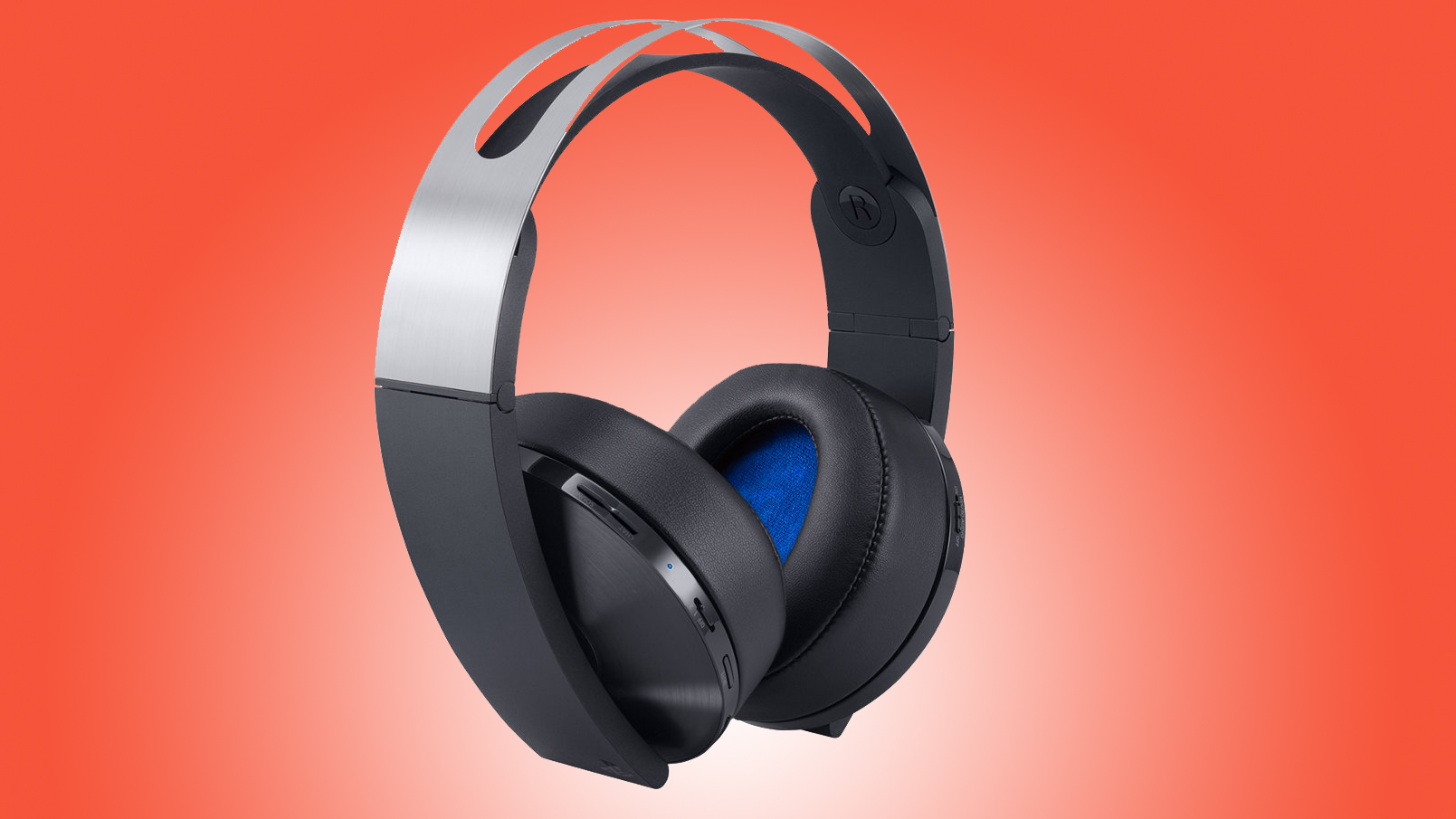 It might not look like much, but the PlayStation Platinum Wireless is a really solid headset with an exceptional level of audio quality.

As well as being ludicrously simple to set up, the headset sounds great and is comfortable to wear to boot.

The sound quality is balanced, offering a decent mix of low and high frequencies, and people on the other end of the line reported that its microphone delivered a decent level of audio quality.

Our one reservation is regarding the headset's "3D Audio", which fell down slightly compared to what's offered by the competition; but this is made up for the headset's very reasonable price tag. 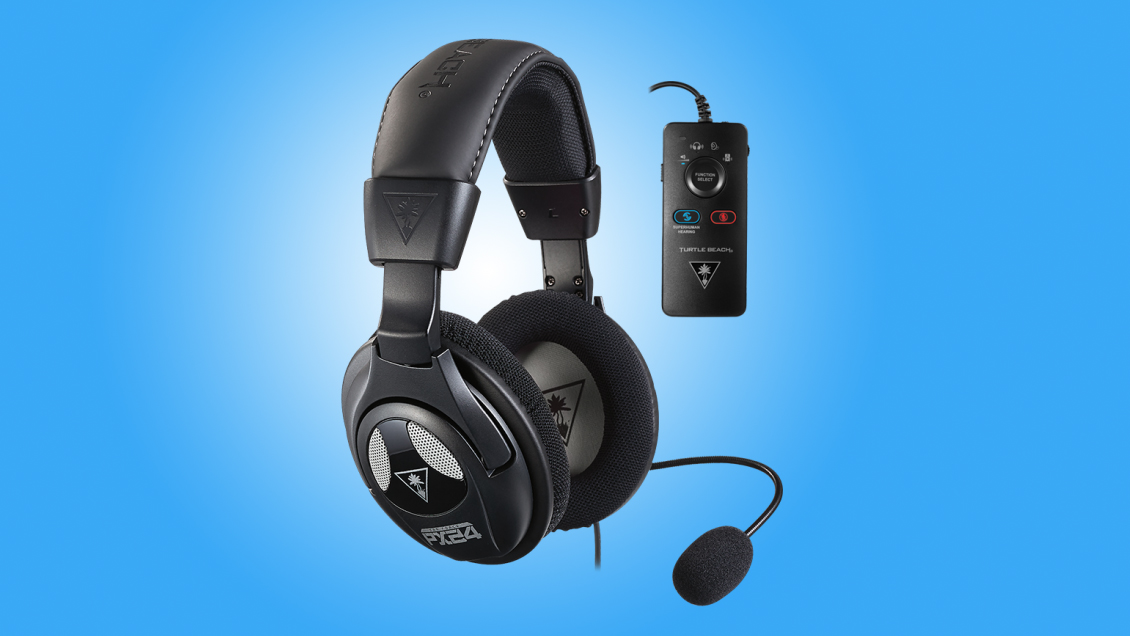 Being strapped for cash doesn’t necessarily mean having to settle for an inferior gaming headset, and Turtle Beach’s EarForce PX24 does a pretty decent job of embarrassing plenty of its more expensive rivals. Sure, it makes more extensive use of plastic than headsets which are twice the price, but it still looks and feels sufficiently robust, and its overall lightness renders it pretty comfortable for prolonged use.

And in the areas that really matter – sound and configurability – the Ear Force PX24 is way better than it has any right to be at the price. While it doesn’t have the bass extension you'll find in a more premium headset, and its treble is a bit dry in comparison with other options at this price level, it still sounds remarkably good – and thanks to an amplifier which clips between the headset and the PS4 controller, you can boost the bass, engage Superhuman Hearing mode for first-person shooters, and even fiddle around with a virtual surround sound effect.

Finding such features, and very decent sound indeed, is a revelation for such a cheap headset. You could quibble about the EarForce PX24's slightly plasticky overall finish, but in our opinion, that's a small price to pay for a great headset at a decent cost. 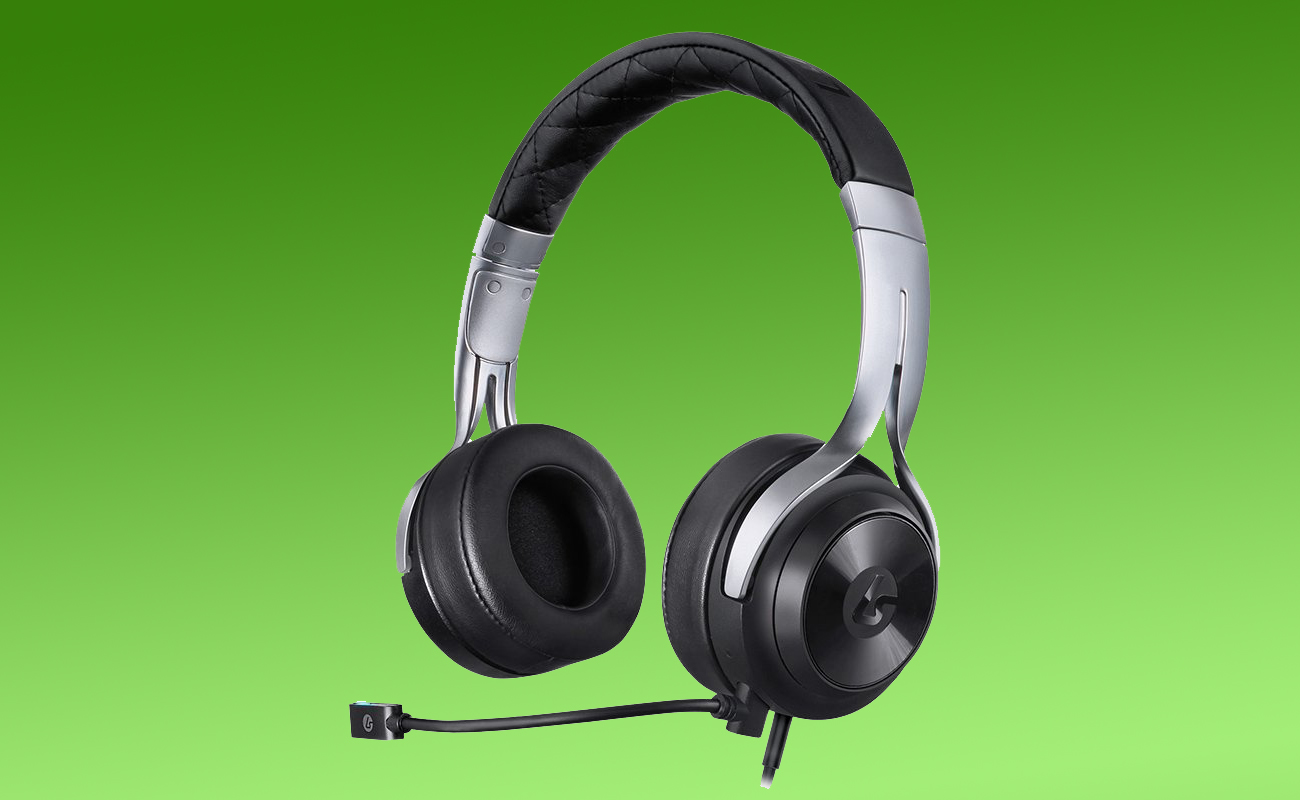 The old stereotype about gamers being geeky, style-blind types is hopelessly outdated now that gaming has fully entered the mainstream, and LucidSound’s LS20 gaming headset is squarely aimed at the style-conscious. It looks fabulous, with a sleek design reminiscent of Beats headphones (although with much better sound at a fraction of the price), and has also been designed for use as a general on-the-go headphone – it comes with a rubber cover for the boom mic-socket.

Sound-wise, it's great for the price, with clear, well-balanced characteristics across the frequency spectrum, and a bass-boost should you require it. The reason why it punches above its weight in terms of sound-quality is that it contains an amplifier of its own – the downside of that is that even though it’s a wired headset, you still have to charge it, and (unsurprisingly given the price) it doesn’t come with a charging cradle. But battery life is an impressive 20 hours, and it still works (albeit with inferior sonic characteristics) when the battery runs out.

If you’re a keen gamer without any pro-gaming aspirations, and seek a gaming headset which will also function as an excellent iPod or phone set of headphones, LucidSound’s LS20 will do the trick with aplomb.