One of the most successful video game franchises in history is easily Call of Duty. The first-person shooter has spinoffs and trilogies, and all of the games have been financially successful, although the entertainment value and quality of the games vary slightly. With that said, the fact that Call of Duty still sells countless games every time a new one is released speaks volumes about the consistent nature of the games.

The first Call of Duty game came out in 2003, and a new game was released pretty much every year with Call of Duty: Black Ops 4 hitting in 2018 — the 15th mainline game in the series in 15 years. Along the way, there have been games set during World War II and games set among worlds of monsters. However, not every game was created equal, and here is a ranking of every Call of Duty game.

Related: Next Call of Duty Game is Supposed to be Massive and The Best Yet 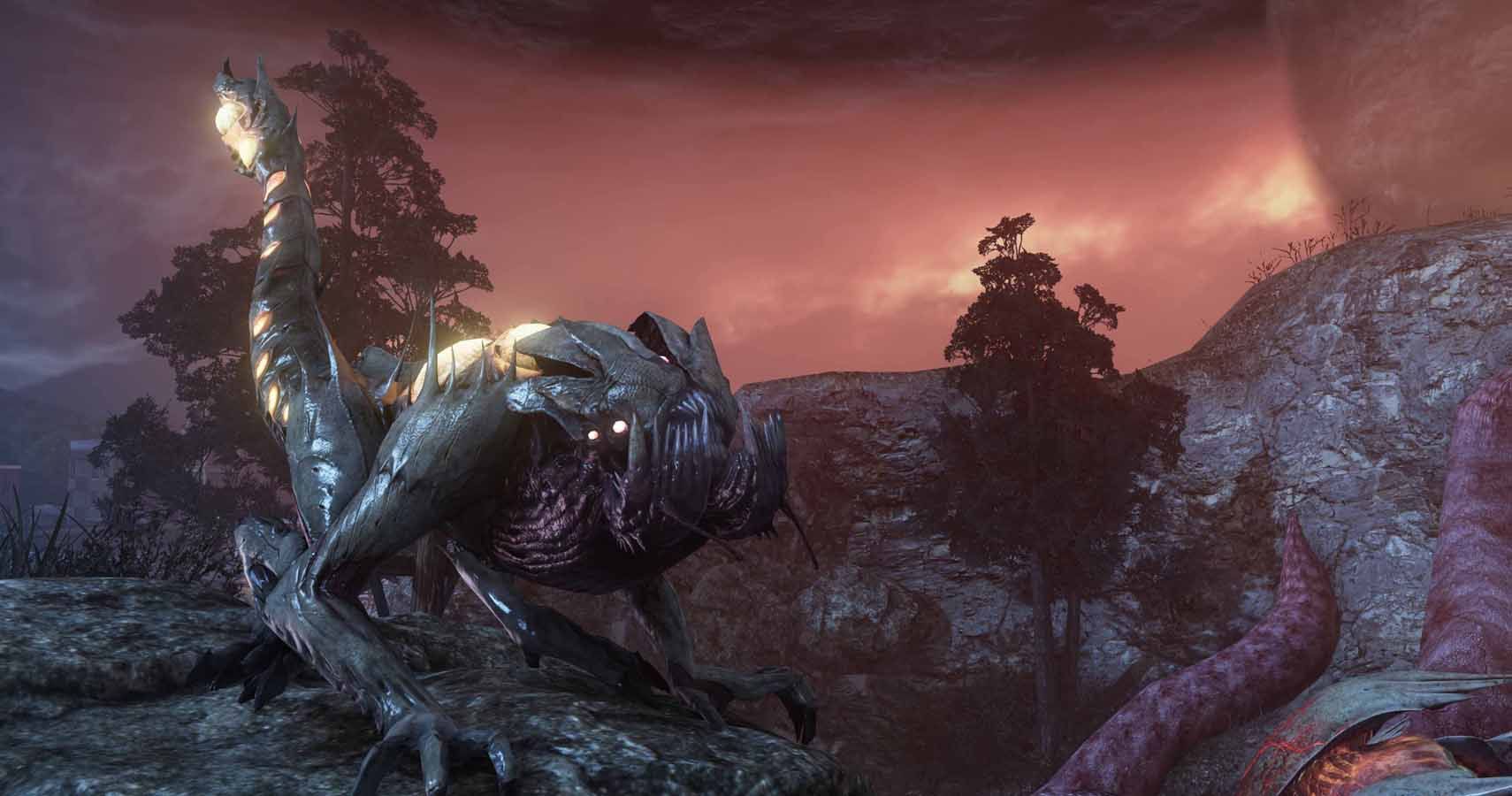 Call of Duty: Ghosts was the first post-Modern Warfare game as well as the first for the PlayStation 4 and Xbox One, and it fell short of what fans were used to from the series. Released in 2013, this game put players into a crippled nation fighting for survival. The game does get credit for allowing a player to create a female soldier for the first time, and the multiplayer online mode is fun, but the campaign leaves a lot to be desired. 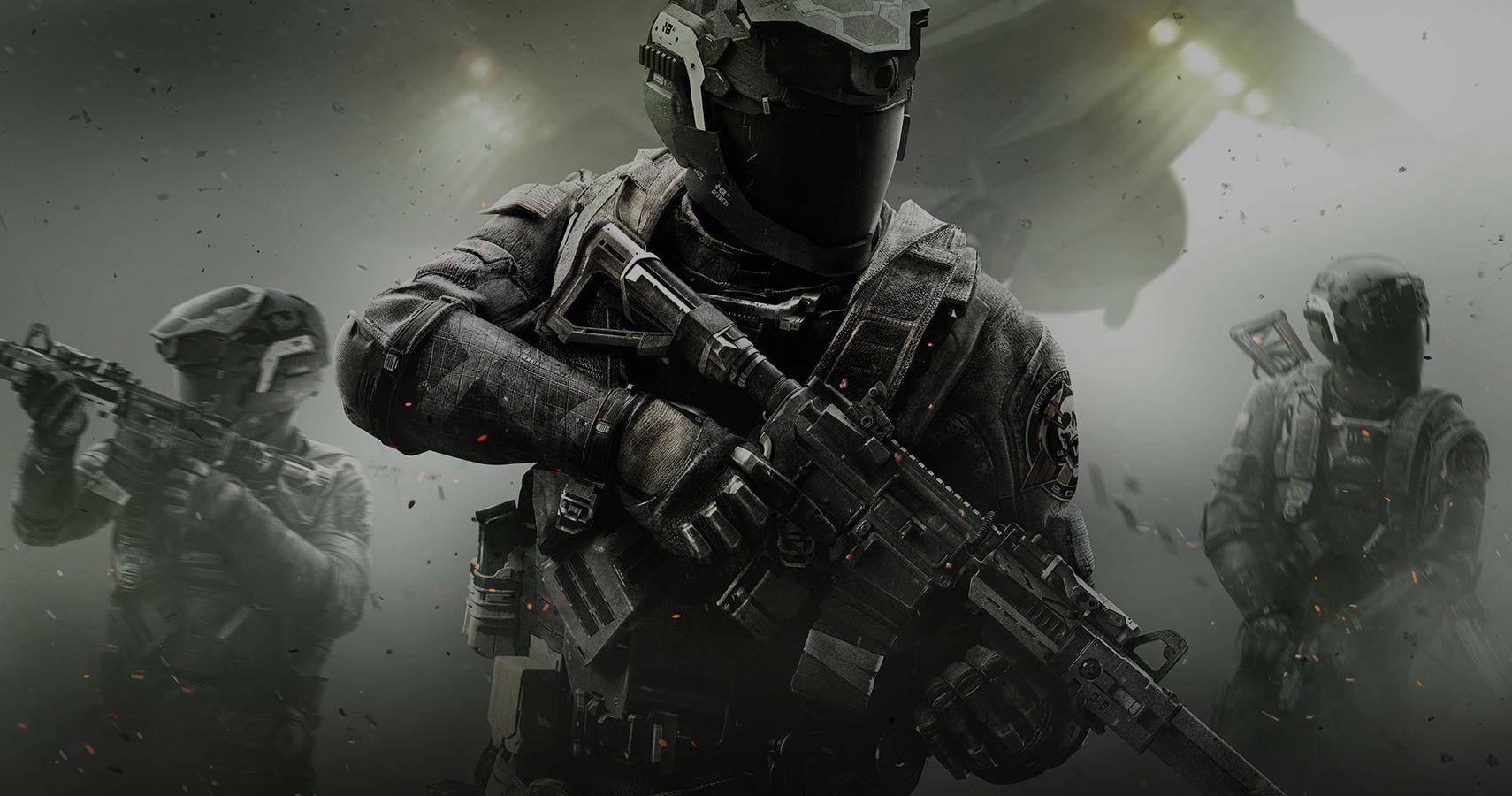 If there is one compliment to give to Call of Duty: Infinite Warfare, it is that this might have been a solid game if it hadn’t been called Call of Duty. This game, released in 2016, takes the battle off the planet Earth and has soldiers battling in outer space. It also has a great cooperative zombie mode, which is a plus.

Related: Call of Duty: Mobile is Coming to the Americas and Europe

The problem here comes, once again, from the lackluster campaign. The game also hit in a year where there were some amazing games released, which made the slightly boring gameplay a killer—which is crazy since the battles in outer space should have been hugely entertaining. 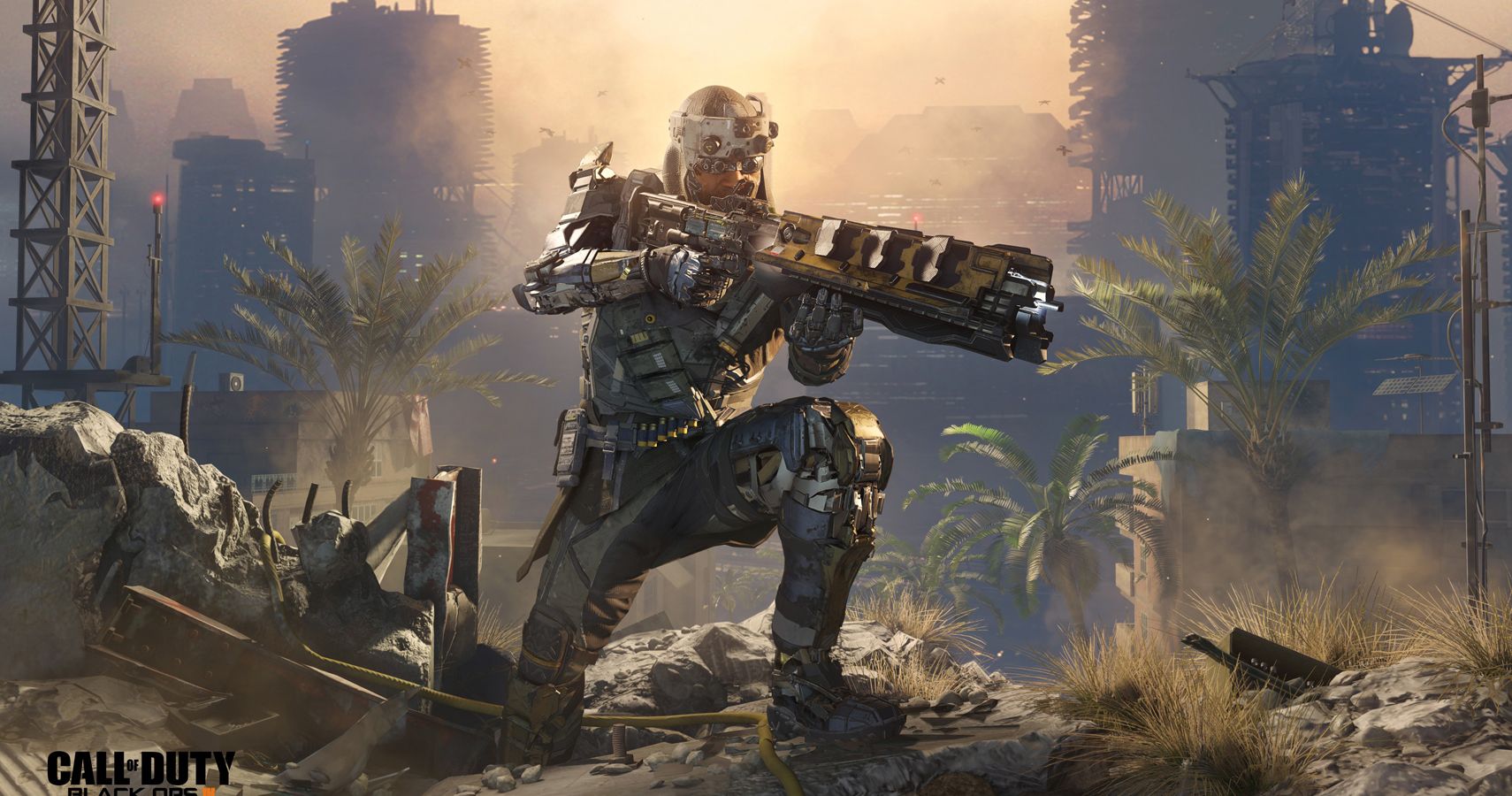 Call of Duty: Black Ops III hit in 2015 and continued the story from Black Ops II—a war in the future where climate change and new tech has pretty much changed everything about the world. The game also had 4-player co-op gameplay with large, open levels. The biggest problem here is not that the game is bad, but that it is a letdown following the great Black Ops II. It is an average game in a franchise built on great games. 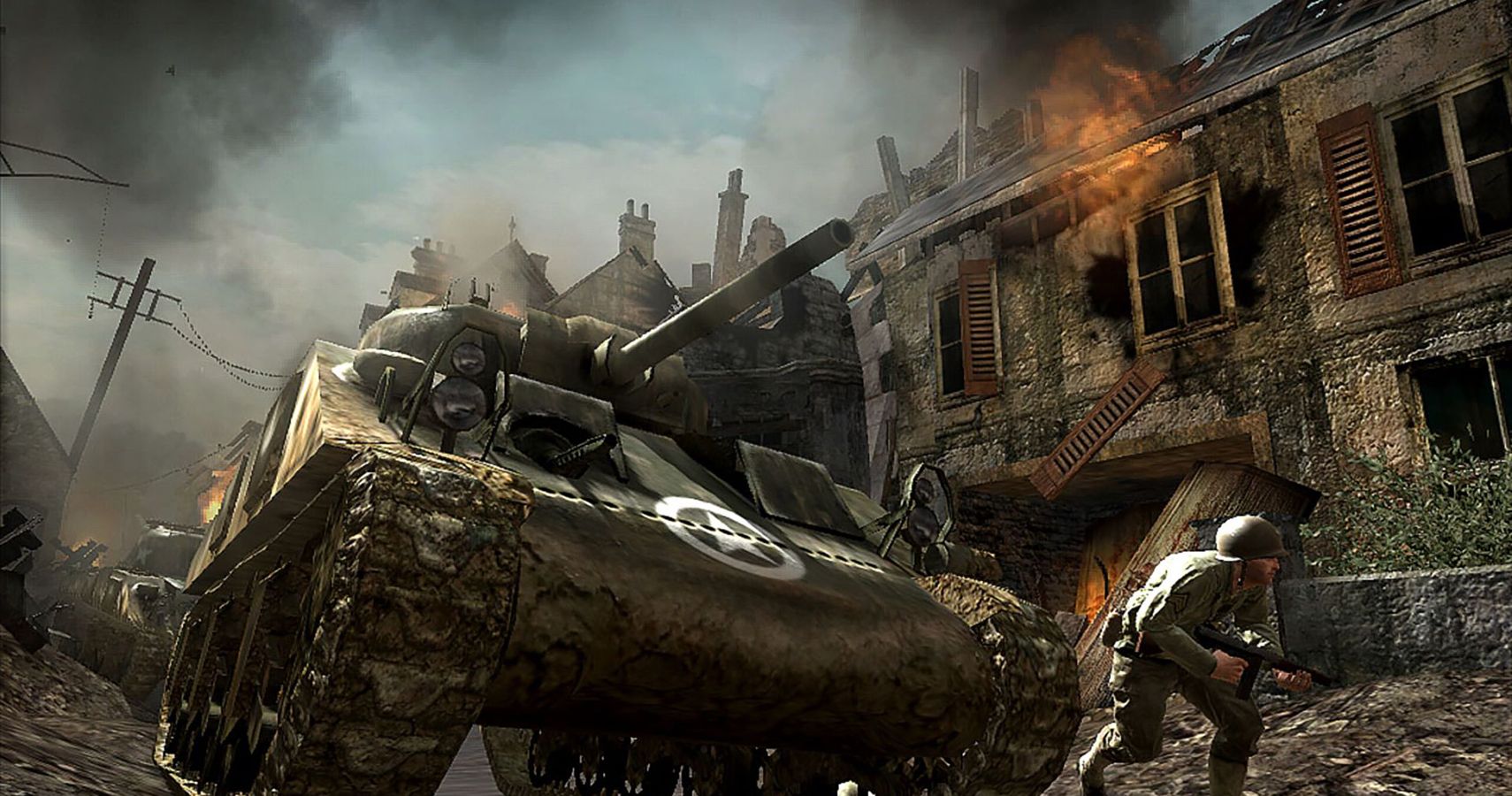 Released in 2006, Call of Duty 3 was the third part of the first storyline of games in the series that offers an open world concept. The story takes place in World War II in 1944 and puts the player in the shoes of either an American, British, Canadian or Polish soldier heading toward the Battle of Normandy. The game is fun, which is what most players at the time were looking for, but it was nowhere near as polished and fresh as the first two games in the series. Honestly, it offered almost nothing new to the franchise and that made it a disappointment for players looking to up their game. 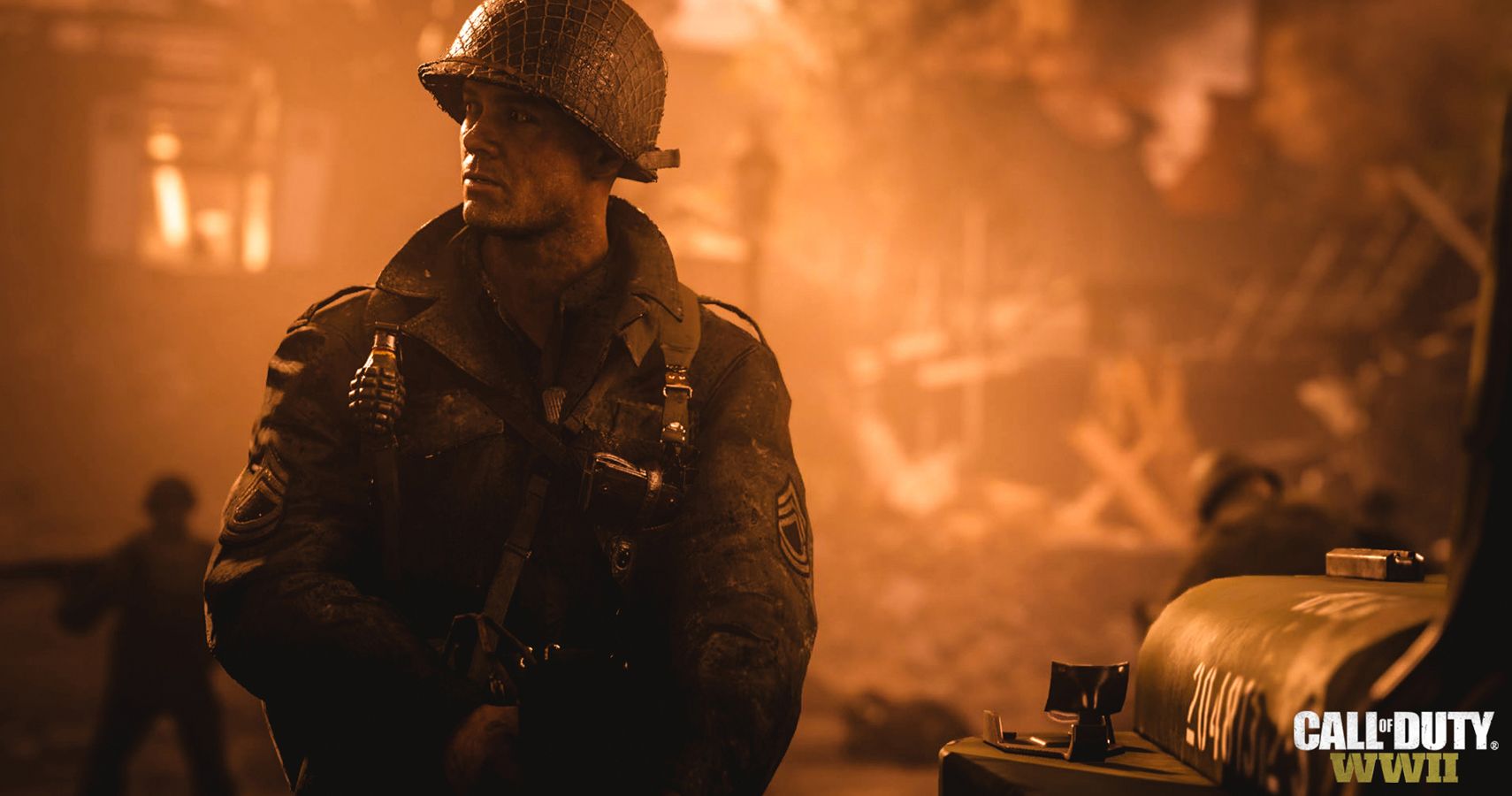 In 2017, Call of Duty did what many fans were hoping for; it took the battles away from aliens and the vacuum of space and brought it all back home to World War II where it began. This game takes place in the European Theatre and focuses on a squad in the 1st Infantry Division and the real-life Operation Overlord event.

While it seemed that fighting in World War II was no longer interesting, Call of Duty: WWII proved that it could be fun to battle the Axis again over a decade since Call of Duty made it trendy. Sadly, the game didn’t quite reach the level of the ones that came before it. 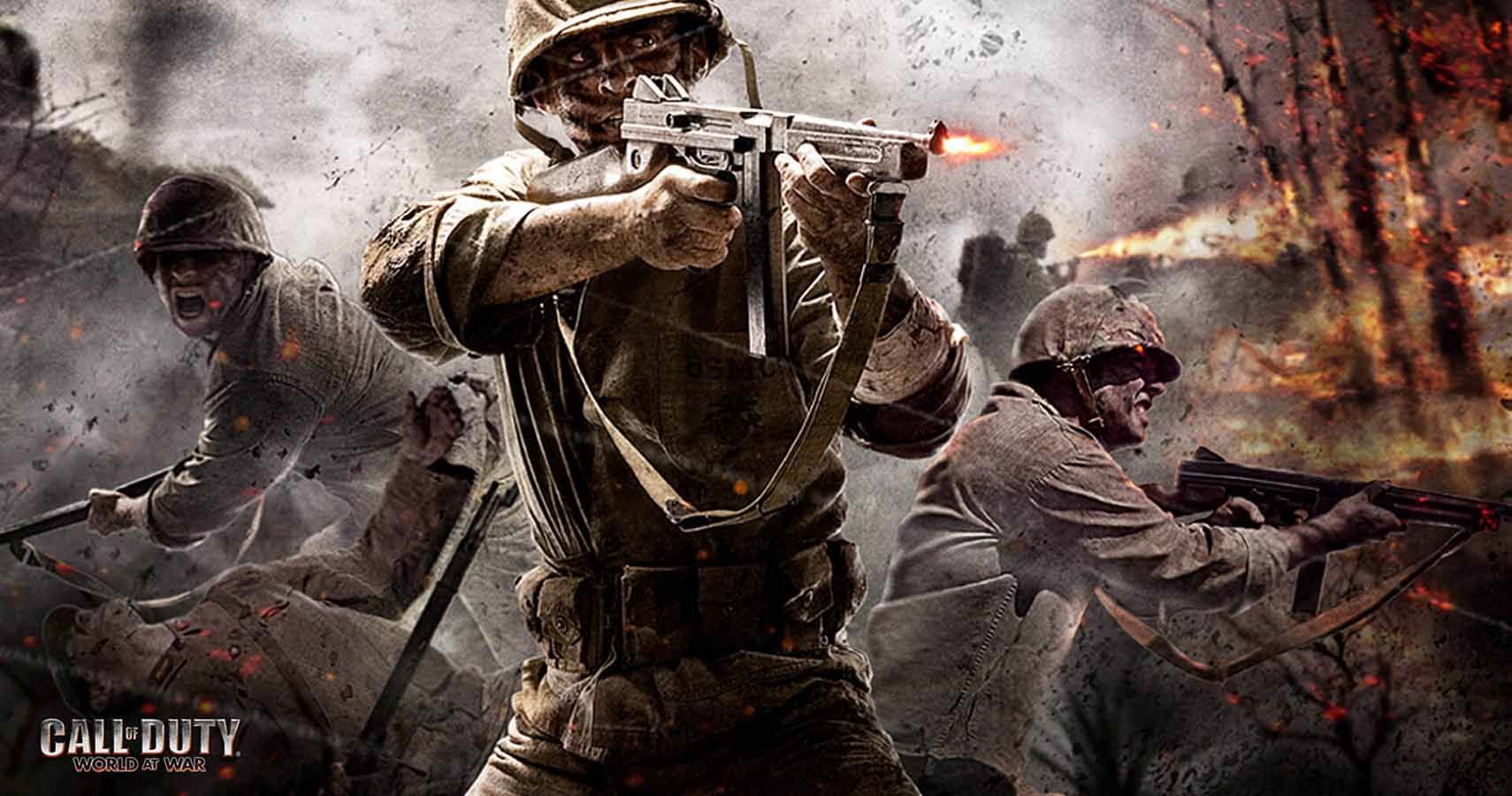 In 2008. it was time for Call of Duty to try something new. However, Call of Duty: World at War followed the fantastic Call of Duty 4: Modern Warfare and had a lot to live up to. It never came close—which is not to say it is not a fun game, it just couldn’t match up to the best game the franchise ever created. The story takes place in World War II after Modern Warfare moved it ahead to 2011, and it just seemed like the franchise took a step backward. The idea to put it in the Pacific Theater was a good one to deliver something new, but the game jumped around a lot in time, making it less coherent than others in the series. 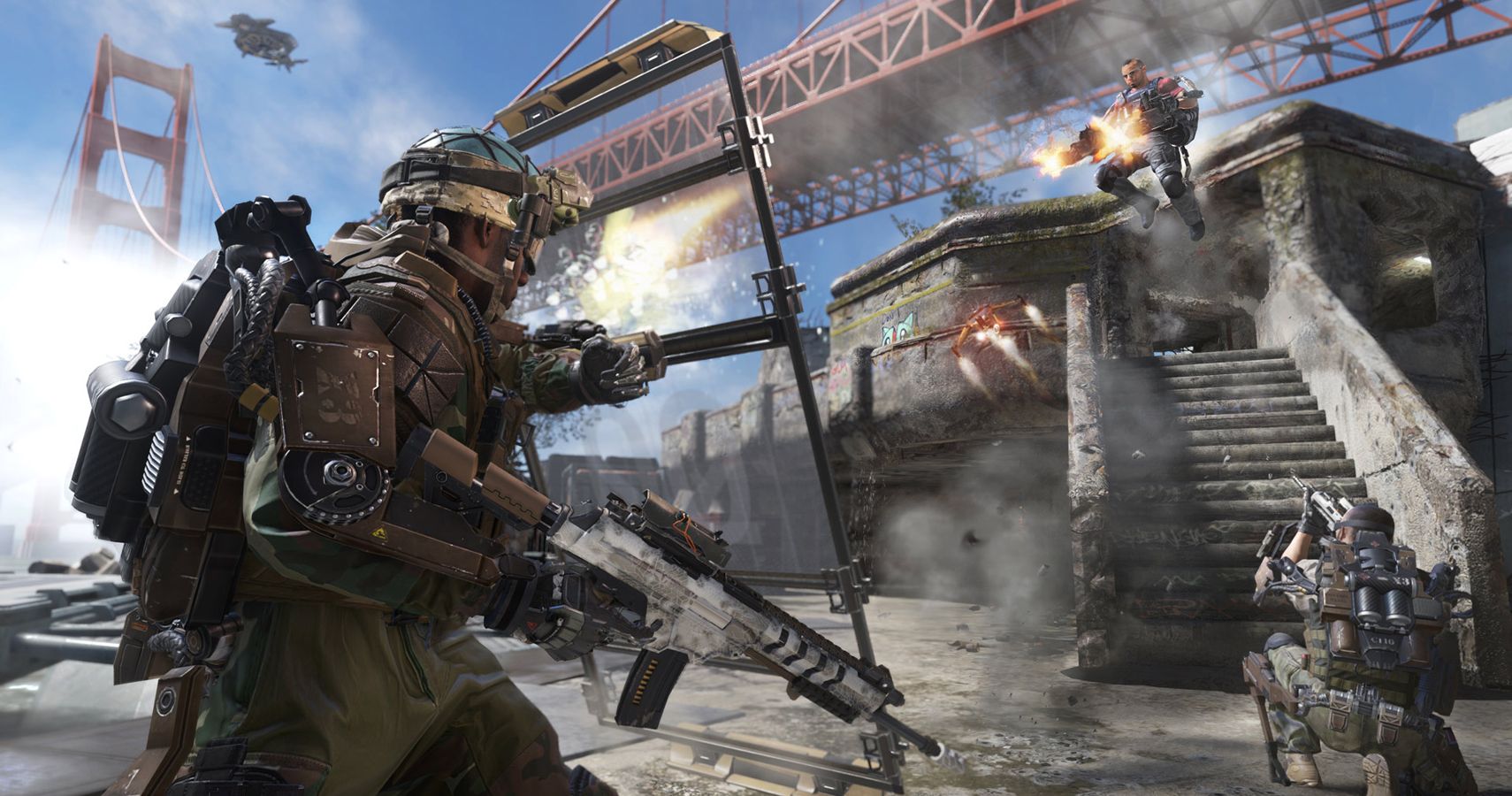 Call of Duty: Advanced Warfare was the franchise’s 2014 release and was the second for the PS4 and Xbox One, and it was a huge improvement over Call of Duty: Ghosts for those two next-gen platforms. Instead of taking on multiple characters, this release put the player in the boots of one soldier. The story takes place in the future where a Marine works with a private military corporation. The game is a nice mix of the military action fans love and the future tech that allows for some crazy battles. 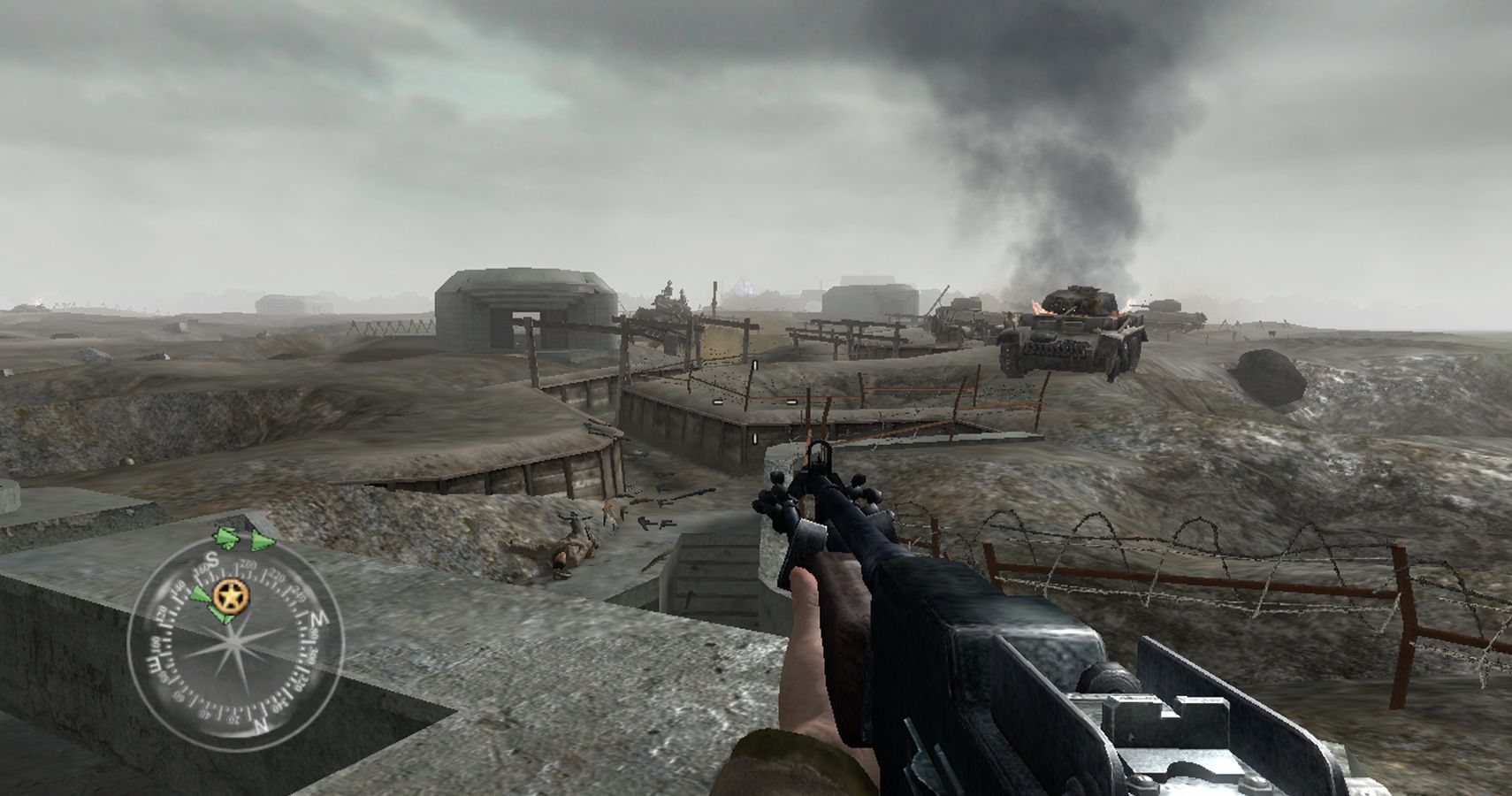 Released in 2005, the second game in the Call of Duty series puts the players in the boots of four soldiers—one from the United States, two from Britain and one from the Red Army. There are four campaigns and three stories with a lot of action to really dig into.

The game helped make the Xbox 360 a must-buy and delivered some great action with solid and stacked gameplay. The one thing that slightly holds this down is the lack of realism with the regenerative health, making a player more of a Captain America super soldier than a real military man trying to survive. 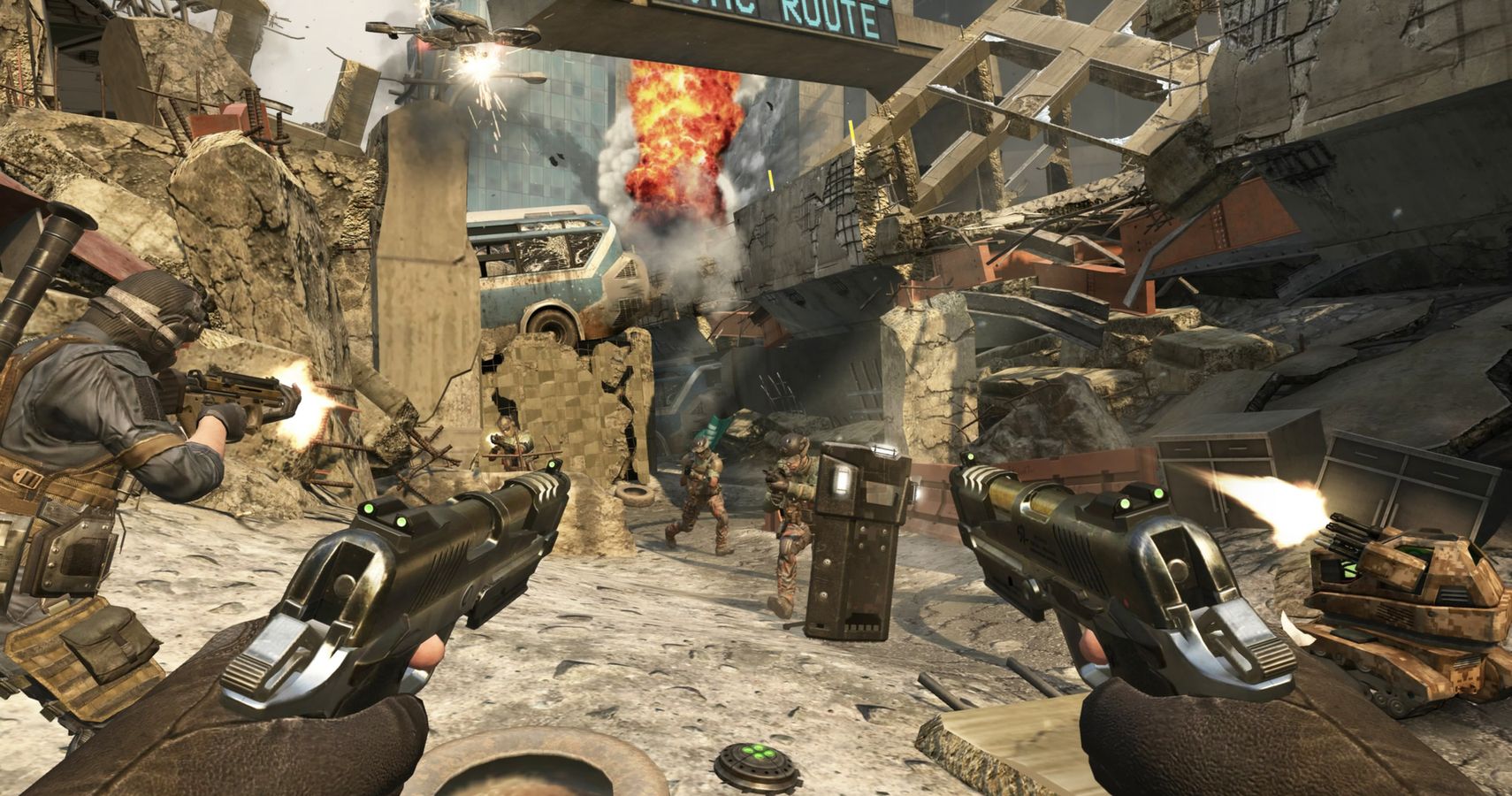 Call of Duty: Black Ops 2 came out in 2012, the last release before the PS4 and Xbox One launched. This was a very open-ended game that took place in both the past and future, with the player choosing how the narrative connected through gameplay choices. It was the first of its kind in the franchise, and that made the replay value immense. The story was also smart, as the villain was actually easy to empathize with. The fact that the end of the game and story was based on the decisions the player made was genius and helped create a new reason to play the CoD franchise. 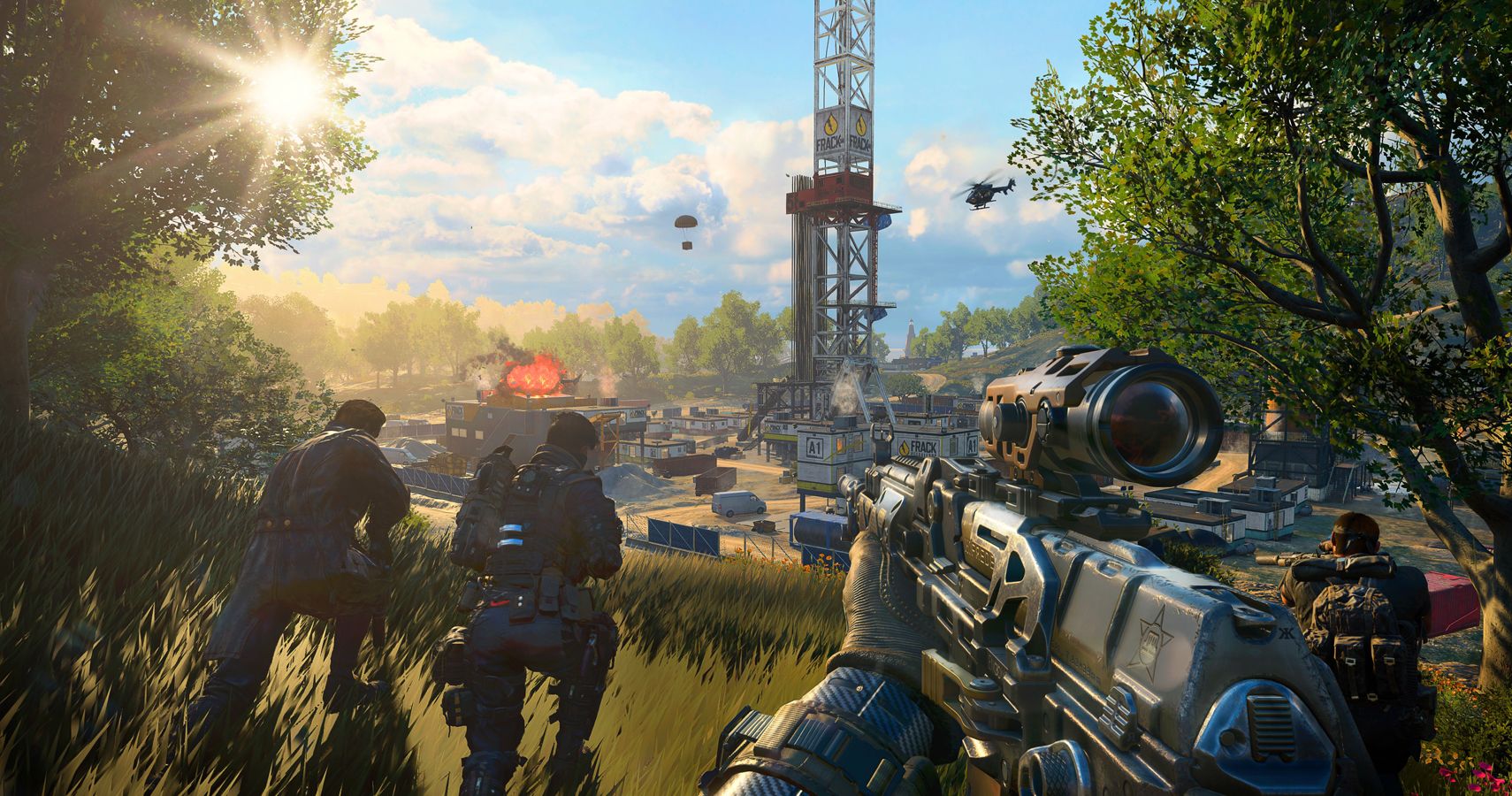 The newest game in the Call of Duty series hit in 2018 with Call of Duty: Black Ops 4. For the 15th game in the main series, this one tried something very risky by eliminating the single-player campaign mode. Instead of a campaign that the player could go through on their own, they instead introduced a series-first battle royale mode in keeping with recent industry trends. There was also a change to the multiplayer mode when CoD eliminated the health regeneration system while also changing the ballistics systems. The game did mark the return of the specialists to the gameplay, and also served as a continuation of the fan-favorite zombies mode. 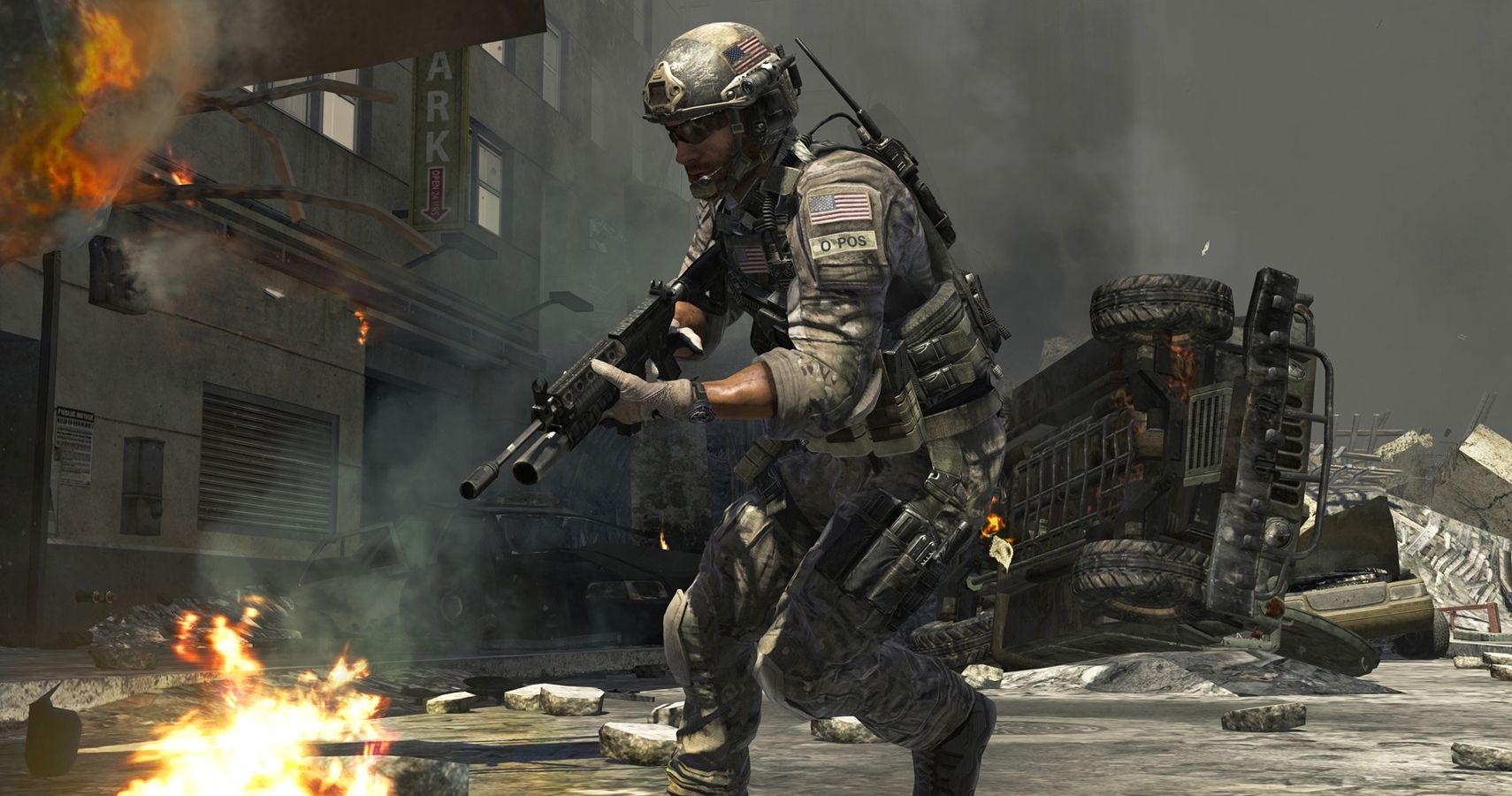 Call of Duty: Modern Warfare 3 came out in 2011 as the eighth version of the game, and it was a direct sequel to Modern Warfare 2 which picked up immediately after the events of that game. The gameplay here has the players tracking down the antagonist from the second game as he antagonizes most of the Western world. There is little new in this edition of the franchise, but following two of the best games in the history of the series means that isn’t that big of a deal. Why change what isn’t broken? This is one of the top first-person shooters out there, even if it is the fifth best Call of Duty game. 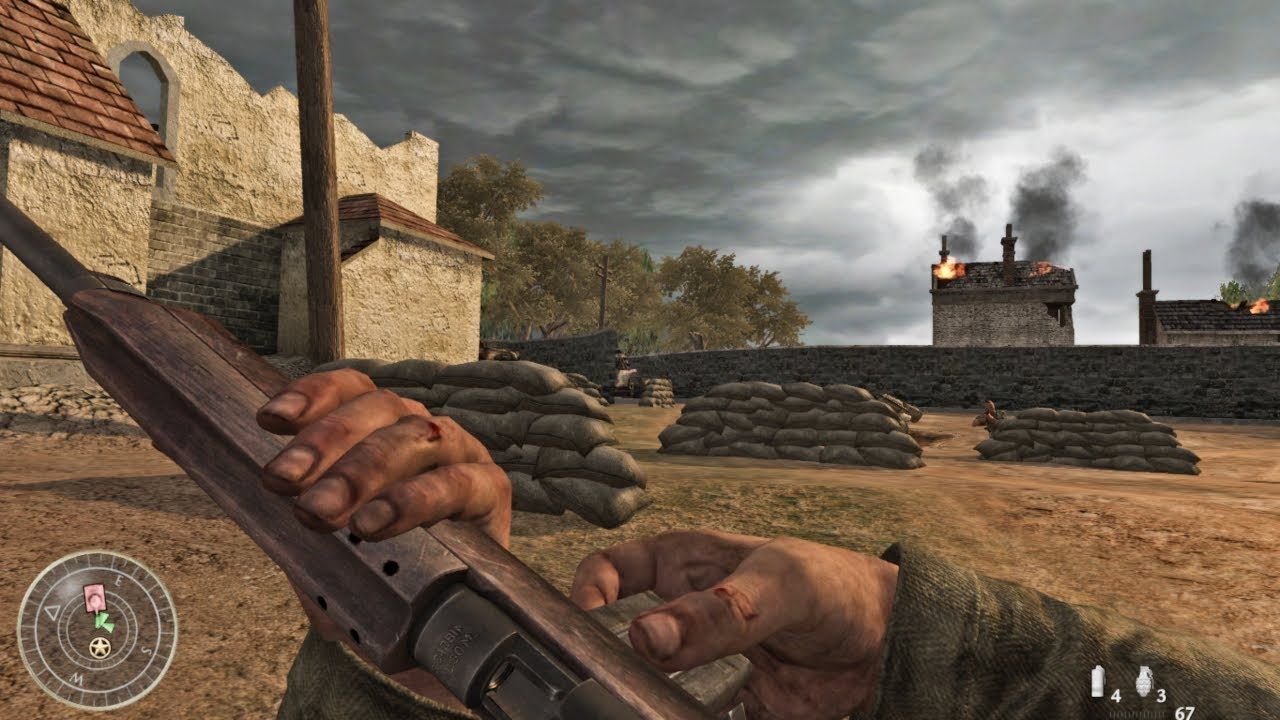 In 2003, Infinity Ward and Activision released the game that started it all. It took the first-person shooters of the past and added a teamwork aspect that was fresh and new and changed everything about these sort of video games at the time. Call of Duty was arguably the best first-person shooter of its generation. While other Call of Duty games might have eclipsed this one in terms of gameplay, action, bonus features, and storytelling, there is no overlooking how important this game was, and it deserves all the accolades it receives. 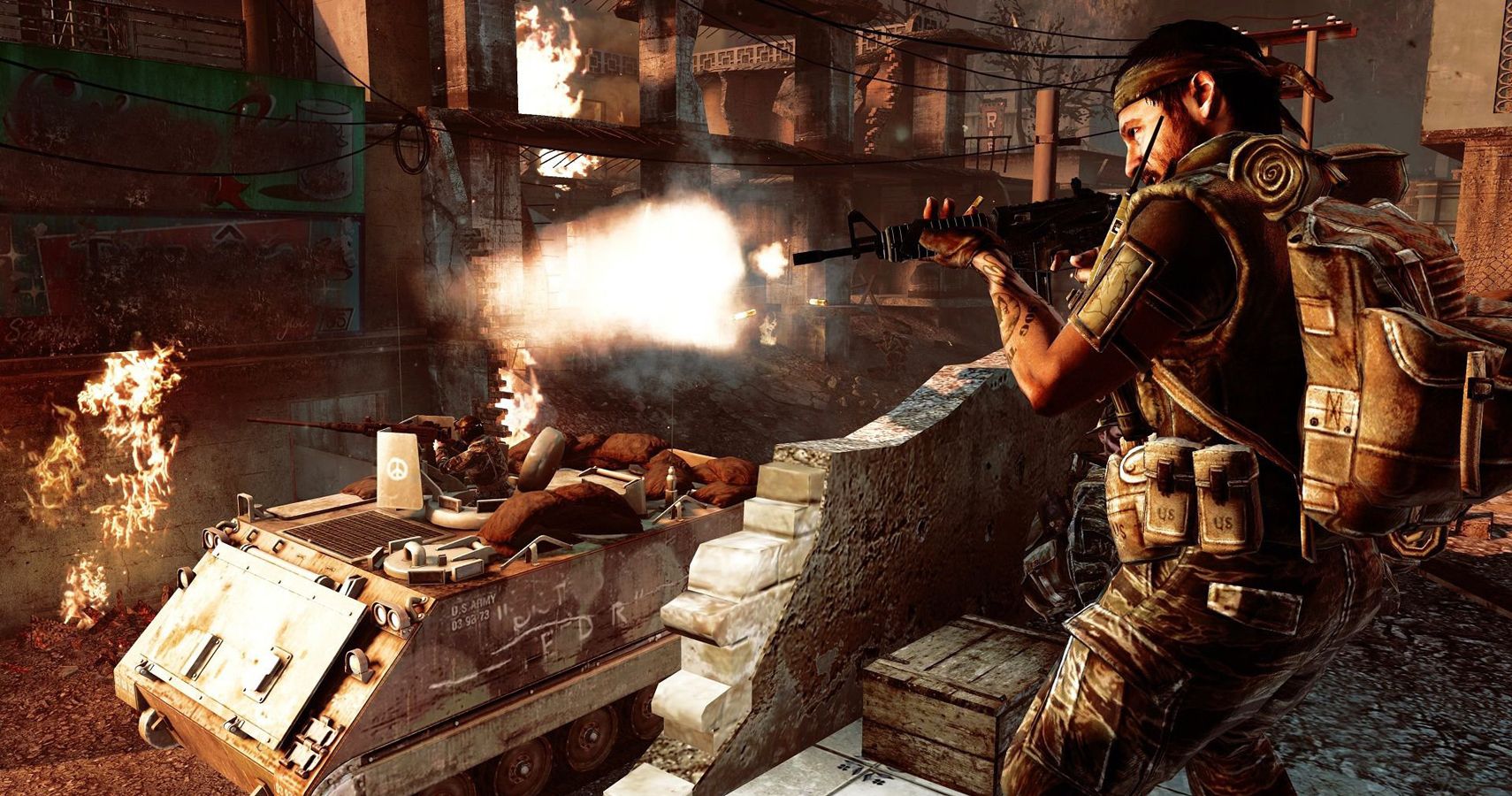 Call of Duty: Black Ops followed World at War and continued that story, which meant this started after the end of World War II. Black Ops took place during the Cold War in the 60s. The story focused on a CIA agent who was trying to stop a numbers station that planned to send messages to sleeper agents to start a chemical weapon attack in the United States.

RELATED: Next Year’s Call of Duty Will Have A Story Campaign

The game delivered a lot more fun in the storyline and offered players a lot to do in multiplayer modes as well. The game also offered a grey area between good and bad, making the choices the player made even more intriguing. The multiplayer party modes like gun game were also a fun addition, and this started a new era for CoD. 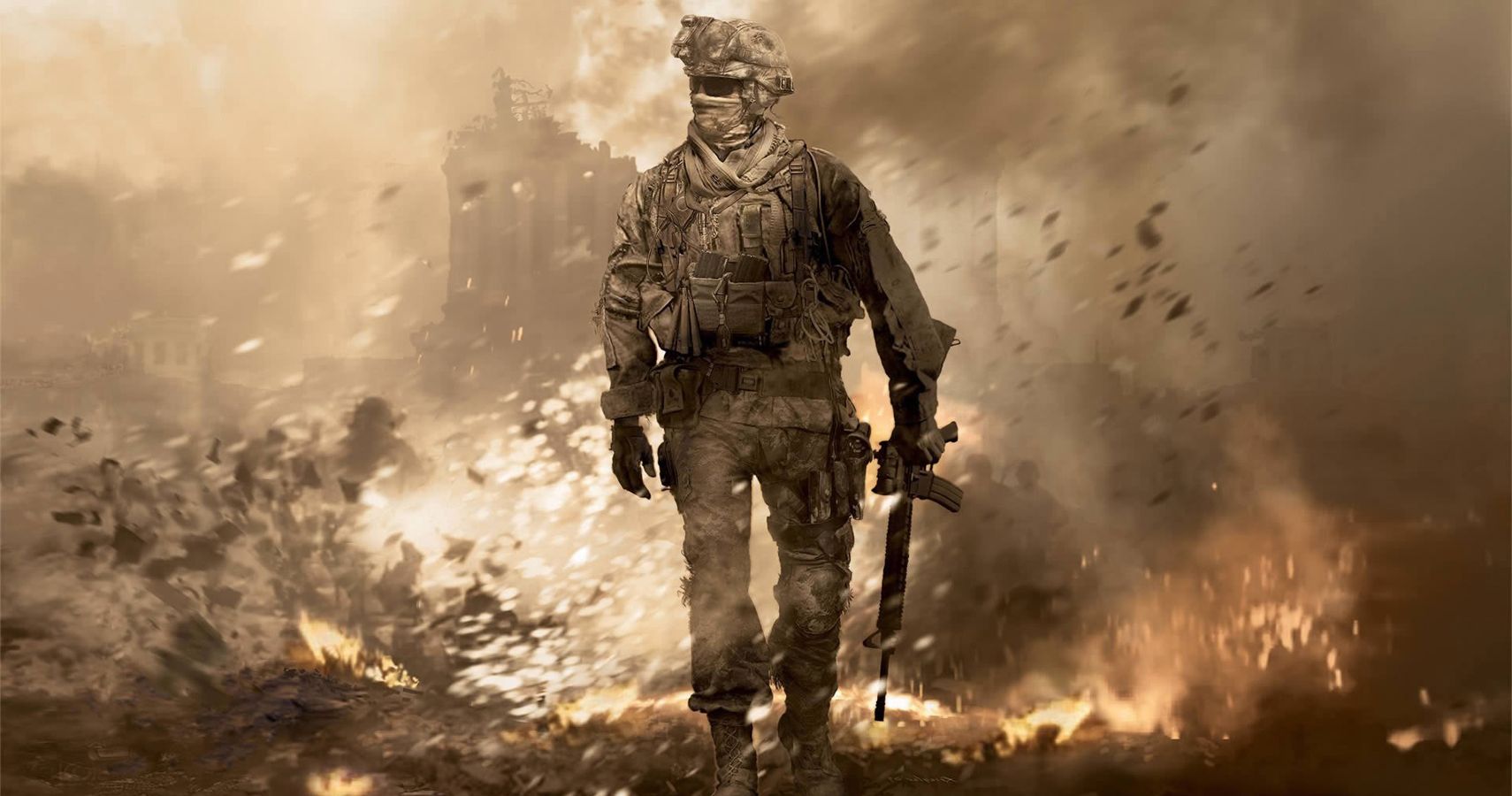 Call of Duty: Modern Warfare 2 had a lot to live up to. It followed the best game in the entire series, and that meant that the margin for error was slim. The game was a success, though, and ended up as the closest the franchise ever came to matching the brilliance of the first Modern Warfare game. The single player is great and actually increased the scale from the original, and the multiplayer remained an almost perfect experience. There are just so many great moments in this game that it remains playable to this day for anyone wanting to relive past games. 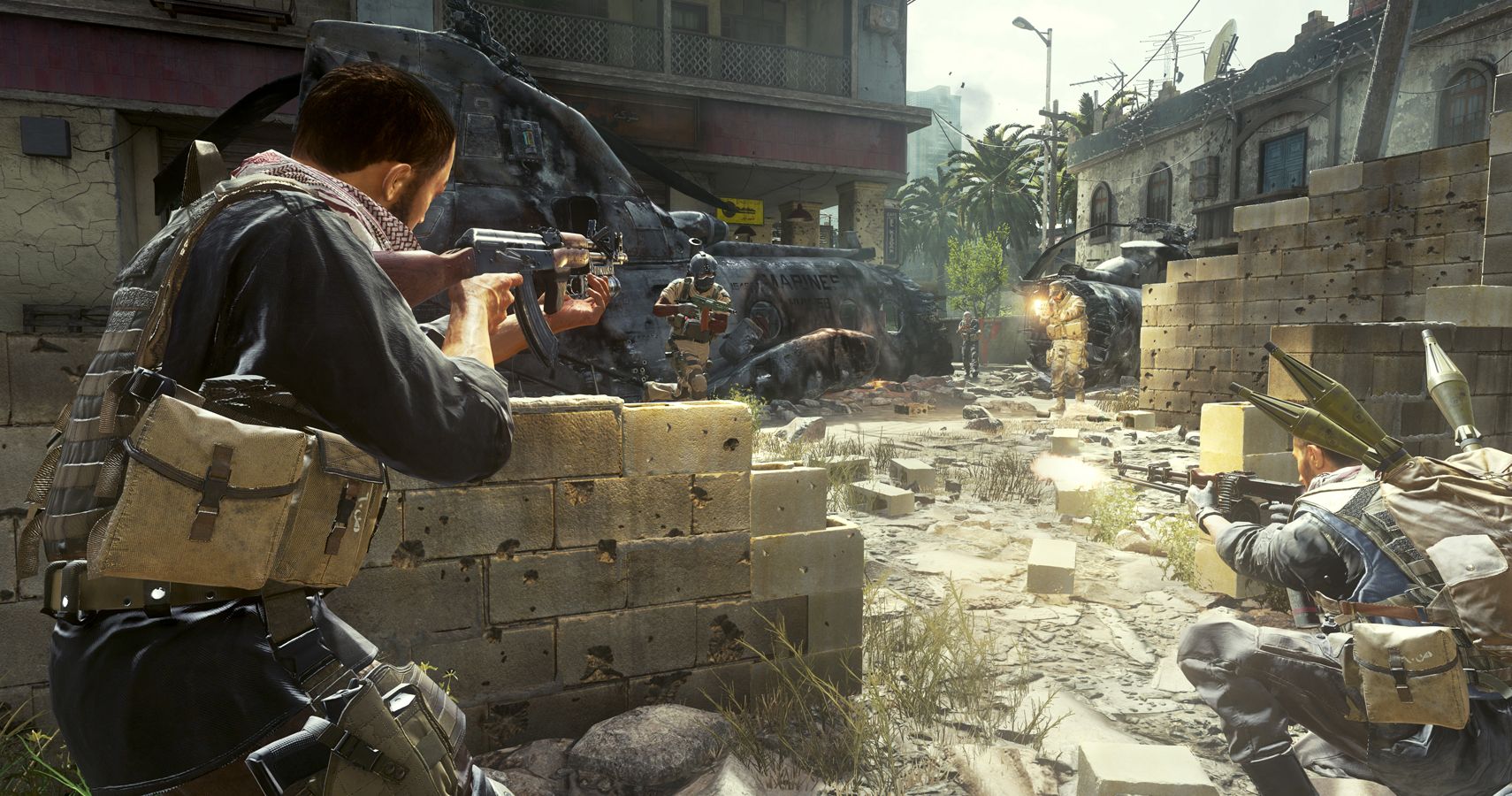 Call of Duty 4: Modern Warfare is not only the best Call of Duty game of all-time but is also arguably the greatest first-person military shooter on any console in history. This is a game that every shooter since has had to try to live up to, and few have come close. This offered multiplayer on consoles, something that fundamentally changed how people experienced video games. The missions were inspiring, unforgettable, and so fun that the game became instantly replayable. Things got better with the remastered version in 2016 which brought the pitch-perfect gameplay to next-gen consoles. For those who might only play one Call of Duty game in their lives, Modern Warfare is the only option.